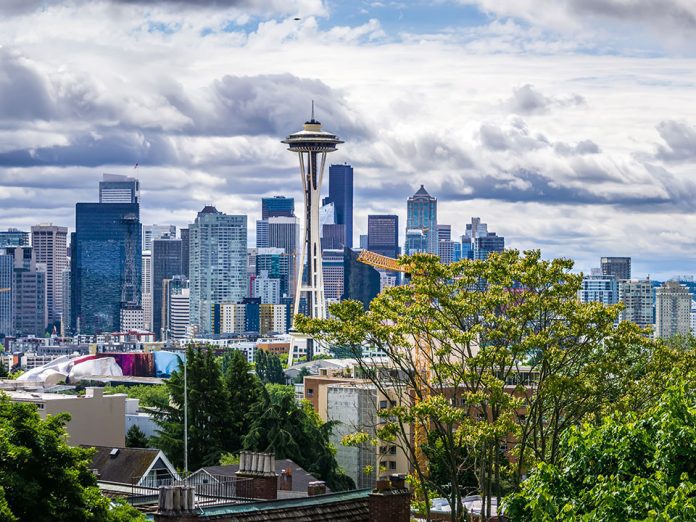 The Space Needle and Pike Place Market might be well-known to tourists new to Seattle, but there are many more places worth seeing. This community in the Pacific Northwest has a lot to offer, including nature, culture, the arts, and entertainment.

Visitors and locals seldom run out of new things to experience in Seattle. And the city is welcoming to diverse travelers. So if you are looking for great places to visit, explore them through the information below.

Seattle’s thriving Japanese American community has contributed more than its fair share of attractions to the city. However, Uwajimaya, a sizable Japanese supermarket and gift store, stands out as the most notable.

This family-run shop, established in 1928 by Fujimatsu Moriguchi of Yawatahama, Japan, is stocked with every imaginable kind of Asian delicacy. The shop also has the Tokyo-based Kinokuniya Bookstore, which can meet your demands for Japanese stationery and comics in addition to fantastic gourmet goods.

Dale Chihuly, a glass artist from Tacoma, is well known worldwide for his vibrant and illogical glass sculptures. Chihuly Garden and Glass is a stunning museum devoted to his art, established in the Seattle Center in 2012.

Chihuly’s love of conservatories served as the inspiration for this glass and steel building. Hanging from the ceiling is a 30-meter-long artistic piece in hues of yellow, red, orange, and amber, whose looks vary throughout the day as the light changes.

During your visit, you can learn about Chihuly’s career and how he changed the rules for glass art in the eight galleries.

This popular Seattle attraction was built for the 1962 World’s Fair. It has a gift store at the bottom, a restaurant called SkyCity at 500 feet, and an observation deck at 520 feet. You will enjoy sweeping views of the Puget Sound, lakes, and neighborhoods throughout the city. And at night, there is a never-ending show of lights.

While it is a must-see in the city, getting there can be expensive. If you are on a strict budget or limited funds, you can look at it on your way to the Museum of Pop Culture (MoPOP) because standing underneath and looking up is almost as impressive.

The Museum of Pop Culture is one of Microsoft’s founders, Paul Allen’s, most significant donations to the city (among many others).

The museum’s building, once known as the Experience Music Project, was created in 2000 by architect Frank Gehry, making it a sight to see. The themes covered by the exhibits span from independent video games to tattoo culture to horror movies. It is one of the most well-liked tourist destinations in Seattle so go early.

One of the most serene areas in Downtown Seattle is the Olympic Sculpture Park, which overlooks the Cascade Mountains. The venue’s extensive collection includes works by Louise Bourgeois, Richard Serra, and Roxy Paine. Best of all, admission is free every day. Check the web schedule before visiting the park since there may occasionally be yoga in the Garden.

Extensive facilities from the original coal plant can still be seen in Gas Works, a public park once home to the Seattle Gas Light Company. Some areas are gated off and surrounded by gently sloping hills of grass that are great for picnics.

There are fantastic biking and walking tracks. You will get a stunning perspective of Lake Union and an almost panoramic vista of the city’s many neighborhoods. Downtown looks incredible from this point, especially after dusk when the lights go up.

Another well-liked park where you can hire a paddleboat, a canoe, or cruise the perimeter is Green Lake. It is one of Seattle’s most picturesque neighborhoods situated further north. Consider swinging by the Bluwater Bistro for lunch or spending the entire day at the Woodland Park Zoo. If you choose the zoo, be sure to bring the kids.

Check out the private businesses, libraries, apothecaries, and a magic shop. You will see a line snaking around the first-ever Starbucks as you exit the market. If you have time to kill, you can wait for 20-minutes to purchase your latte at this popular coffee store.

The Pacific Science Center is a family-friendly museum that brings scientific principles to life via hundreds of hands-on displays in a Minoru Yamasaki structure from the World’s Fair.
For a simple illustration, visit the ‘nearly magical acts that insects can do’ where you will see fascinating displays such as lifting items that are often their weight and transporting air in bubbles during underwater dives.

A window into immersive technology, “What is Reality” confronts the perplexing issues that will determine our future. There are hundreds of free-flying butterflies in the Tropical Butterfly House, which is warm and humid and has a new species mix every few months.
The Pacific Science Center is also one of the unique tourist destinations in the world, boasting two IMAX cinemas, a planetarium, and a laser dome fitted with a trembling 10,000-watt concert sound system.

There are many places to visit in Seattle, including parks, museums, zoos, music-related historical sites, and breathtaking views from the sky and the lake– just to name a few. The city also has a whimsical side, with landmarks like a gigantic troll and the Up-inspiring mansion.

Seattle’s propensity for rain is an opportunity to let indoor activities keep you occupied. Of course, dining at some of Seattle’s top establishments, which provide delectable international cuisine and fresh seafood, is a must. And once you complete this list, you can explore Seattle a little more because there is always something to do in this city.