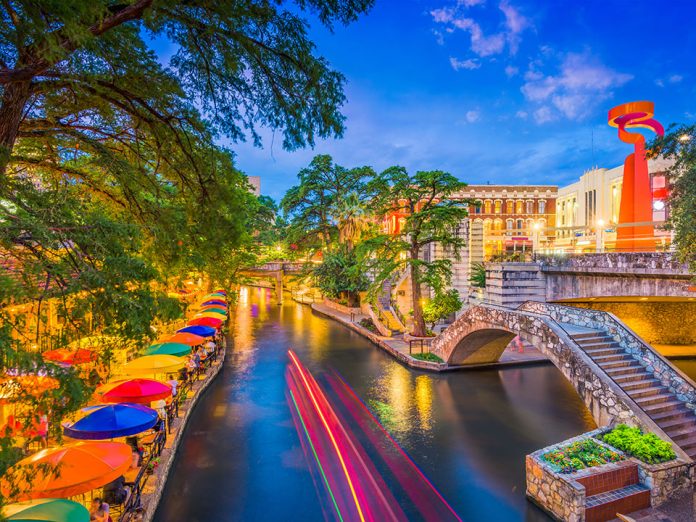 From a landmass perspective, it makes sense that Texas was once its own country. The state of Texas occupies an area larger than many countries around the world. Can you imagine that Texas is more massive than Germany, UK, Belgium, and Netherlands combined? As such, Texas has a lot to offer from 40 mountain ranges to 367 miles of coastlines to quaint little towns to bustling metropolises.

When offered the chance, you can’t miss a trip to Texas. From non-stop fiestas in San Antonio to hiking along the Rio Grande to culture and history, Texas has it all.

For any history buff, this is a must stop in Dallas. The sixth-floor museum at Dealey Plaza is a museum that showcases President John F Kennedy’s life, assasination and legacy. Located at the Dealey Plaza at the intersection of Elm and Houston Streets. It is the place where one JFK is said to have been shot from. Take your time to examine the evidence and eyewitness testimonies and determine what happened for yourself.

The breathtaking San Antonio River follows a 15 mile walkable river that is filled with music and a great variety of restaurants. It leads you through the city center where you will marvel at the best restaurants, hotels, and shops.

For your best view of the city, you can have a walk twice a day, that one in the day and another one at night. The positioning of the river below the street level offers you a distinctive approach to San Antonio if you decide to walk on foot or take a tourist boast that explains the history of the riverwalk.

The Big Bend National Park is located in southwest Texas and encompasses the Chihuahuan Desert and Chisos mountain range. The Ross Maxwell Scenic Drive leads to the ruins of Sam Nail Ranch, now home to desert wildlife. The Santa Elena Canyon, an enormous canyon carved by the Rio Grande, features steep limestone cliffs. The park is home to varieties of wildlife; over one thousand plant species and bald eagles. The park offers a rare opportunity to hike for about 200 miles so bring some water. If you don’t like walking too much, there is also a river boat company that can take you on a tour.

4. Visit the Moody Gardens and Aquarium

Moody Gardens is a non-profit beautiful destination, with a golf course and hotel in Galveston, Texas that has been around for more than 30 years. The tourist attraction uses nature to teach and delight visitors about nature conservation. At the Moody Gardens and Aquarium you will see eye-catching glass pyramids. The Discovery, Aquarium, and Rainforest pyramids are not to be missed.

The Space Center Houston, an affiliate Smithsonian museum since 2014 is the official visitor center of NASA Johnson Space Center in Houston. It takes you on a wild ride through man’s efforts in space exploration and how much we have accomplished. The Space Center explains how it takes mathematics, engineering, technology, and science to accomplish the feat of space exploration. It has an impressive collection of moon rocks and space artifacts. They even have a theater where it feels like you are in deep space.

Located close to Hermann Park in Houston, Texas, the Houston Museum of Natural Science is a gem of a place. Here you will experience all kinds of the natural wonders. The museum has 16 permanent exhibits covering such topics as: the Hall of Ancient Egypt, dinosaur skeletons, and well as spectacular jewels and gemstones from all over the world. There is also a theater showing different movies throughout the year plus a butterfly observatory center.

The Dallas Arboretum and Botanical Garden located at 8525 Garland Road in East Dallas, Dallas, Texas features fountains and gardens with an amazing view of Dallas skyline. You would not expect it but it is a lush 66-acres of gardens with plans from all over the world were part of the Rancho Encinal estate. The sixteen gardens offer you a variety of beautiful trees, colorful flowers, ferns, and shrubs full of color and vibrancy.

Also worth noting is the children’s park that has 150 plus activities to spark children’s imagination about nature.

8. Spend time at Fort Worth Zoo

The Fort Worth Zoo is more than 100 years old. In 1909, it featured one lion, two bear cubs, an alligator, a coyote, a peacock and a few rabbits. The USA Travel Guide places it at the top five zoos in the US. Today, the Zoo will delight you with 542 animal species, reptiles, and birds. The Zoo hosts many camps, educational seasons, seminars for adults and children, and field trips.

Six Flags Fiesta Texas, San Antonio is an incredible amusement park located in La Cantera, San Antonio, Texas. The park was built by Gaylord Entertainment Company in 1992, as the first business in the district of San Antonio. Adults absolutely love the place as it is filled with roller coasters and splashing rides in the eye-catching waterpark. Children will find the Looney Toons characters irresistible and drag you to take a picture with them. This is definitely a family affair that will take you a couple of days to fully explore. Expect to be wowed.

The Natural Bridge Caverns are the largest caverns in Texas. The name comes from the 60 ft natural limestone slab bridge that spans the cavern’s entrance. The span was left suspended when a sinkhole collapsed below it. The caverns will teach you about geology and the wildlife that manages to survive underground. Take a tour through the caverns and awaken your imagination with fossils and history or zipline as you watch bats fly away, it is your choice.

Located in Llano, Texas, Enchanted Rock is a pink granite mountain located approximately 17 miles north of Fredericksburg, Texas It is the largest pink granite monadnock in the United States. It includes 1,644 acres. In 1936, the area was designated a Recorded Texas Historic Landmark for its historical significance.

There are records of prehistoric people pounding their food against granite rocks and leaving depressions upon the stone. Later, in the 18th century, Spanirated attempted to colonize the area away from the Lipan Apache people. A century later, Germans and Americans came into the land with big dreams of finding gold and silver.

The The Alamo Mission is one of the most visited sites in Texas. The Roman Catholic missionaries from Spain settled the area in the 18th century and established a mission and constructed a fortress compound in what is now San Antonio, Texas. It is the site of a famous Battle of the Alamo in 1836 where Colonel James Bowie, Lieutenant Colonel William B. Travis, and David Crocket defended the Alamo from the Mexicans who were going to take it back. Texan forces were never more than 200 strong and were ultimately defeated by General Antonio Lopez De Santa Anna. However, the battle is remembered as a place that gave birth to the Texas Republic. Today, you can visit the Alamo and experience restored structures and hear the stories of the fallen Texan heroes who took part in the Texas Revolution back. Inside, you will find a museum decorated with changing displays that feature artifacts and weapons related to the mission’s activities.

Jacob’s well is a popular swimming spot where you can swim in the creek fed by a natural spring and explore underwater caves in Wimberley, TX. The spring is known as a karstic spring because it is the end of an underground cave system so it is a perfect place to enter these underwater caves and explore. The main pool features a 200 foot well. For several years now, the well has attracted daredevils and environmentalists from all over the world so be careful. Because of its popularity, you will have to make reservations but it is well worth it.

Caddo Lake state park is located in the piney woods 3 hours east of Dallas at the border with Louisiana. Names as one of the most beautiful lakes in Texas, it is one of only a handful of natural lakes in Texas. Naturally, Caddo Lake is a great spot for swimming with gigantic cypress tree and the lily pad-filled channels. Hire yourself a canoe to paddle through the unending lily pads and alcoves. All you need to do is be careful in case you spot gators.