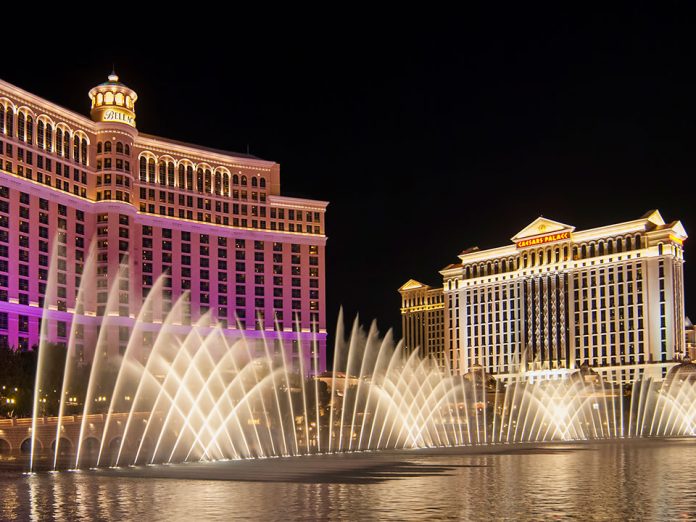 Las Vegas, commonly known as Sin City because of its many vices, is located on the west border of Nevada. But don’t let that fool you, there is something for everyone. Nevada’s largest city offers many different experiences to enthrall your senses. Over 40 million Las Vegas tourists per year flock to this adult mecca Las Vegas known for its entertainment filled with gambling, music, theatre, weddings, and clubs.

It would take you years to truly discover everything that Las Vegas has to offer but you may not have so much time. So we have come up with a quick guide to the top tourist attractions in Las Vegas. This article should direct you to Las Vegas’ best points of interest.

The Strip is a 2.5-mile-long central section of Las Vegas Boulevard running from the Mandalay Bay Hotel to Treasure Island Hotel. The Strip contains numerous posh mega-casino hotels along with old Casinos full of mob stories. At the Strip, has first class hotels, the best restaurants, unrivaled shows that are found nowhere else on earth. Better yet, during the night you won’t be able to look away from all the neon lights that fill the streets. The Strip is the center of Las Vegas and this should be your first destination.

But if you truly want the high roller perspective in Las Vegas, check out a helicopter tour. These offer tours from Las Vegas to the Grand Canyon. This is a great way to check out Las Vegas and the surrounding desert and vast Grand Canyon. It is a truly magical sight to see.

The MGM Grand Hotel is located next to the New York-New York and Excalibur Resort hotels. First of all, it is a huge hotel with nearly 5 thousand incredible and luxurious rooms. It has some of the best nightlife and shows you can find in all of Las Vegas, including the innovative Cirque du Soleil Ka.

The New-York-New-York hotel features the Big Apple Roller Coaster, the world’s first roller coaster with a 180-degree twist and dive. But beware, the coaster is not for the faint of heart. It takes riders up to 180 feet in the air and then plummets at 100 kilometers per hour. Another unmissable attraction at the hotel is the Zumanity show at Cirque du Soleil that is best suited for adults.

A “newer” attraction to Las Vegas is the Fremont Street and Experience which features a light show that will leave you dazzled. It is a pedestrian street where you stare and the ceiling and your mouth drops to the floor. Lastly, it is set in a historic section of town so be sure to check out the first hotels and casinos there.

The Mirage hotel’s attractions include an erupting volcano, an aquarium, and a secret garden. Check out the nightly volcano explosions that will be sure to draw your attention into the Mirage. Even though the attraction is more than 30 years old it is a must-see Vegas attraction. Apart from the volcano, there is a small secret garden with exotic animals and a 450 fish aquarium, but remember you are in the middle of a desert.

The Mob Museum, dubbed officially as the “National Museum of Organized Crime and Law Enforcement,” is a unique tourist attraction in Las Vegas. It is a non-profit organization whose mission is to advance the public understanding of organized crime’s history and impact on American society. This museum walks you through the history of the Mob in America with displays and video clips from Vegas’ violent past.

The Neon Museum is a non-profit organization founded in 1996 that features signs from old casinos and other businesses displayed outdoors on 2 and half acres. The museum features a restored lobby shell from the defunct La Concha Motel . It is located at the Las Vegas Boulevard next to the Cashman field. The purpose is to preserve and collect iconic signs for future generations to enjoy.

Located next to the Luxor, the Mandalay Bay Resort. What makes this hotel unique is the Shark Reef Aquarium with more than 2,000 animals, including sea turtles, fish, sharks, rays, and a Komodo dragon. The aquarium gives visitors a unique animal encounter and experience to dive with sharks. Also delightful is the 11 acre pool complex which attracts many day as well as night partiers drawn in by the concert series.

The Stratosphere Tower is a 1,149 feet high tower known to be the tallest freestanding tower in the USA. The building has an indoor and outdoor observation deck where tourists who are not afraid of heights can take a breathtaking view of the city. The famous tourist attraction at the Stratosphere hotel within the tower is the X-Scream, the third tallest amusement ride worldwide. The other attractions at the tower include the Insanity carousel and the Big shot ride, which can make or break relationships.

The Vegas Indoor Skydiving offers tourists a lifetime experience where they get an opportunity to experience actual skydiving without parachutes or an airplane. Expert instructors escort the participants to a vertical wind tunnel suited up in special gear. The participants float in the air as soon as the fan is turned on. You will see experts doing tricks and flips in midair.

Bellagio is renowned for the italian-inspired opulence and elegance. The front of the hotel has dancing fountains synchronized to music while the inside of the hotel features botanical gardens. Equally as impressive is the collection of priceless fine art within the hotel that will make you forget you are in Vegas.

Caesar’s Palace was built by Jay Sarno and opened in 1966, costing $24 million. It is a state-of-the-earth resort in Las Vegas, and it has been featured in the many famous Hollywood movies. The employees are dressed in Roman-themed uniforms that make the Palace more elegant. The Palace is also renowned for its multitude of fine restaurants, pools, fountains, casino, and the Colosseum-theatre.

The Golden Nugget Las Vegas is one of the oldest and largest casinos in Nevada. It is a luxurious casino-hotel with 1,914 luxury rooms and suites that have been featured in several movies, series, and even video games. Many casinos have come and gone but the Golden Nugget remains a fixture through time.

The Linq Promenade, which is a pedestrian Promenade located between The Linq and Flamingo resorts. It is a gathering place full of unique places and shops. The promenade features the Fly Linq, the first and only $20 million dollar zipline on the Las Vegas Strip. The attraction has an amazing 10 side-by-side zip lines so you can go with your friends and fly around.

Las Vegas has a high density of fun and amazing attractions only a few blocks from each other. Apart from hotels and casinos, Las Vegas has so many things to see and so that you will never be bored. The city has something for everyone and will surely win you over.