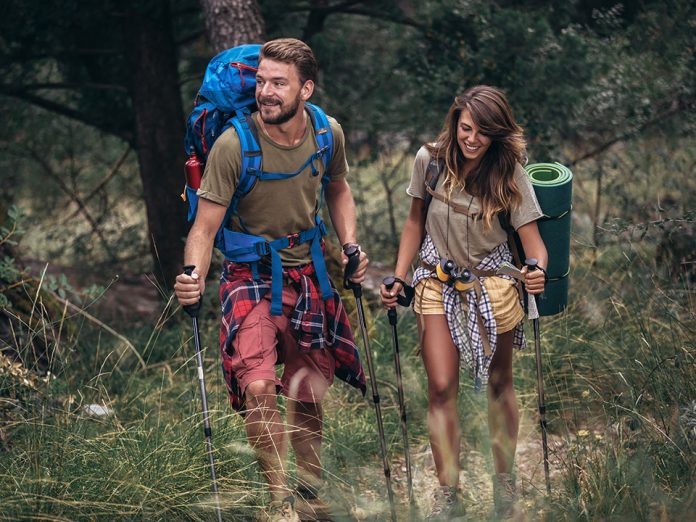 Massachusetts is a typical New England state nestled on the east coast. The state is gorgeous and full of history. And it is one of the most popular destinations in the USA, thanks to stunning locations like Boston and gems like Martha’s Vineyard and Cape Cod. This is especially true if you enjoy being outside, as Massachusetts has some of the greatest treks scattered around the state.

Massachusetts provides varied treks to discover the state’s natural side, from the forested hills of the Berkshires to the breathtaking heights of Mt. Greylock. Here are the top picks ranging from difficult and stress-free.

Some of the loveliest vistas in the Berkshires are available to hikers from Monument Mountain. Mount Greylock is close to the Vermont border and the Catskill Mountains in New York from the summit. But you will need tough climbing boots, a good water supply, and food to climb the mountains.

There are several short, circular paths, only a few kilometers long. The relics of old Native American pathways and stone walls from former sheep pastures can be seen when the wind passes through historic areas.

Due to the mountain’s predominant pale quartzite composition, the pathways at Monument are distinctive. In addition to being a suitable area for your family to go hiking, it has attracted several renowned authors and artists.

Beverly’s appropriately called Witches Woods has a breathtaking beauty and exhilarating spookiness. When you learn about the terrifying past of the woodlands, a hiking trip alone or with friends through these lovely but spooky woods will leave you dotted with goosebumps.

According to local legend, those who were being persecuted during the 1690s Salem Witch Trials retreated into the woods. Some say the witches stayed in the woods, honing their craft and arousing paranormal forces.

Soldiers stationed in the forest during the American Revolution reported seeing the spirits of their killed colleagues strolling amongst the trees with terrible expressions on their faces a century later.

Griffith Park makes way for one of the many exurban trails that provide breathtaking vistas of the skylines of important cities.

The Blue Hills Reservation, only twenty minutes outside of Boston, has more than a hundred miles of trails, including one that offers sweeping views of Beantown from the top of Great Blue Hill.

From the main office of the Blue Hills Reservation, take the Skyline Loop Trail. Although the entire route is just three miles long, several calf-burning hills are along the way, notably when you ascend Hancock Hill via a flight of stone stairs. If you want the best view of Boston’s glistening buildings, climb the Eliot Observation Tower at the top.

All skill levels of hikers may access Mt. Greylock. Choose from 13 indicated routes totaling 45 miles of hiking trails, including a section of the Appalachian Trail. There are numerous trail pull-overs along the way up Mount Greylock’s summit.

So prepare for a little trek before climbing. Or stick to these paths if you are not ready for the big climb. Some lead to waterfalls and will be just as rewarding as the summit. The trails are accessible year-round, although the road to the summit is blocked from late November to early May.

This is the best location for you if you are looking for a stroll up a hill that rewards you with stunning panoramic views. For an abundance of woodland peace and breathtaking mountain views, head up Weir Hill in North Andover.

Since it rewards minimum work with maximal profit, this is a fantastic option for casual hikers. So, if you are seeking simple treks in Massachusetts, this should be at the top of your choices.

The Holyoke is a geologically unique old volcanic basalt mountain range that runs east to west rather than north to south, with Mount Norwottuck as its highest point. From Norwottuck, you will enjoy great views of the surrounding valley. Amherst residents can readily access the trailhead near the visitor center.

Hikers can combine the Robert Frost and Metacomet-Monadnock paths to create a moderate three-mile circle that includes Norwottuck’s peak (1,106 ft). You will also get to explore the Horse Caves, a group of precarious ledges that had a minor role in early American history when rebels sought refuge during Shay’s Rebellion in the late 1780s.

A short, 1.6-mile route leads to Sunset Rock, where in-season blueberry picking is an available activity. Then, take the easy 6.2-mile route to Spruce Hill if you have time. You will be rewarded with wide-open ledges and expansive vistas. The route is well-known for its spooky tree patterns and jagged glacier cliffs.

Mount Monadnock is too lovely to overlook for a day’s walk. Furthermore, many Massachusetts residents will find the travel manageable, given that it is located slightly beyond the New Hampshire state line.

The state of New Hampshire now requires visitors to make a reservation to reserve their position in the parking lot in advance due to the 3,165-foot peak’s enormous popularity with New England hikers.

Purgatory Chasm has a glacial origin attributed to the release of a glacial melt-water dam 14,000 years ago. The unique rock formations that form the chasm today were produced by the unexpected release of this dam at the end of the Ice Age. The formations span a quarter of a mile between granite walls that rise as high as 70 feet.

The names of the formations and caverns, such as Fat Man’s Misery, Lovers’ Leap, and The Corn Crib, will entertain the young hikers. However, note that it will take longer than two hours to navigate the maze of crevices in the stones with little children. But there is a playground and many picnic tables to reward your efforts.

Massachusetts has a ton of incredible areas to explore. It is home to fantastic hiking opportunities that provide genuine uniqueness.

These locations have an additional element of greatness, including breathtaking scenery, waterfalls, and a relaxing quietness. So if your day off lands on a bright and promising day, visit one. Or plan out the long weekend with your friends, and hit a few locations.