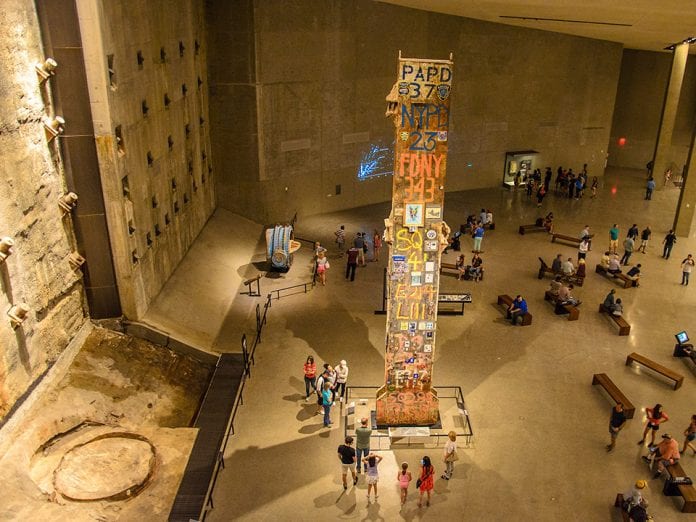 There are more than 80 museums in New York City. Whether you like Hispanic, Jewish art, Photography, Chinese, Modern or Natural History, New York has a museum for you! But how do you pick the best one? We took the time to narrow it down to the top 10 museums in New York that you can’t miss.

The New-York Historical Society is a New York City library and American Museum at the corner of Central Park West and 77th Street located on Manhattan’s Upper West Side. The society was New York’s first museum established in the early 1800. The New Yorkers that founded the museum lived through the British occupation of New York as well as the American Revolutionary war and wanted to ensure that there was ample evidence documenting the events. They recognized the need to preserve their shared history so that future generations would remember what transpired and cement the nation’s history. The museum houses documents, artifacts, objects, books and a vast collection of art. Aside from the impressive library, there is the children’s museum and a women’s history section.

2. The Metropolitan Museum of Art

Located in New York’s upper East side, Metropolitan Museum of Art at 5th avenue and 82nd street houses 5,000 years of world art. you a week to explore. Known locally as The Met, this is the largest museum in the United States and welcomes over 6 million visitors a year and the 4th most visited museum in the world. Founded in 1870, the Met houses an impressive collection of rare objects across time and cultures with the goal of connecting ideas, knowledge and creativity. You could easily spend a week in this one museum alone.

The American Museum of Natural History is the only museum that takes you back millions of years to the times of dinosaurs. Located close to central park in New York’s Upper West Side. The Natural History Museum is well known for its scientific collections that inspire young and old minds to explore the world and the universe. The collection of history, pre-history and the far reaches of the galaxy will undoubtedly intrigue even those who don’t typically like museums. There are thousands of mammals on display as well as land and sea creatures to enjoy. But the crown jewel has to be the Tyrannosaurus Rex skeleton that dominates the Ultimate Predator Exhibition.

The Intrepid Sea, Air & Space Museum is an aircraft carrier turned into a museum. Believe it or not, you can get onto this impressive battle ship parked at Pier 86 located at 46th street and the Hudson River on Manhattan’s west side. The retired aircraft carrier USS Intrepid has an impressive array of planes parked on the top deck: The Enterprise space shuttle and a guided missile submarine. You can’t help but feel American at this impressive feat of engineering and raw power atop the ship. The ship was active during World War II, the Vietnam War and was even used to retrieve space vessels landing in the water. It was converted into a museum in 1982 and received a National Historic Landmark designation. There are 28 aircrafts complete with the fastest military jet, a spy plane and a concord. As if that were not enough there is even a diesel-powered submarine to enjoy.

5. Museum of the Moving Image

The Museum of the Moving Image is a museum dedicated to movies, TV and digital media. It helps dissect the art, technology and history to give a unique perspective on how moving images come to life. Located in Queens where the Astoria Studios used to operate, the museum of the moving image started in 1988. You will enjoy the museum and exhibitions as well as an avant-garde film here. They really serve the community by bringing to life this incredible medium of communication that we all enjoy.

Founded by Gertrude Vanderbilt Whitney in 1930, the Whitney Museum of American Art is known as an outstanding 20th and contemporary American art museum in Manhattan. It arguably has the best collection of art from current living artists in the world. You can see the museum is constantly searching for the best current artists by examining the museum’s cutting edge artists exhibited. The museum has important collections from: Cindy Sherman, Paul Thek, Jasper Johns, Jay DeFeo, and Glenn Ligon even before they were famous. Located close to the High Line and the Hudson River this one is not to be missed.

The National September 11 Memorial & Museum will certainly leave an impression on you. This somber museum commemorates the attacks on the World Trade Center in which 2,983 people were killed. The museum is located where the 1993 World Trade Center used to be in downtown Manhattan. The museum tells the story of the people, the attacks and the aftermath of September 11, 2001. You can still climb the original Survivor’s Stairs where hundreds of people fled while the towers were collapsing. The main exhibition hall leads you down to the main exhibition level to learn about the World Trade Center’s construction and also what a daunting task it was to remove the wreckage. There are two main areas: Foundation Hall and Memorial Hall. In Foundation Hall you will see a portion of the concrete retaining wall still intact and the Last Column to be removed from the wreckage. While at Memorial Hall, you will experience an installation of 2,983 panels commemorating the lives lost to try and dimensionalize the incalculable cost of human life lost. A sad but important Museum that will increase your appreciation for world peace.

This museum is dedicated to the main way in which New Yorkers get around the city. The New York Transit Museum narrates the origins of the New York City Subway, bus, and commuter rail systems in the New York City metro area. The New York Transit Museum tells the story of the mass transportation’s history, engineering marvels and the people who built it over more than a century ago. A visitors’ favorite is the authentic 1930s subway station in Downtown Brooklyn that encompasses a full city block and has 20 subway cars in rotation with the oldest one being from 1907. You can board the rail cars, pretend you are a bus driver, and take the turnstiles to travel through mass transit time.

At least 40% of U.S. citizens can trace their ancestors to Ellis Island. The Ellis Island Immigration Museum is dedicated to telling the story of immigrants that pass through this historic former processing station. In 1892, Ellis Island began receiving immigrants to the United States and 62 years later, 12 million immigrants passed through the island. The inspection process took 3 to 5 hours and was mainly designed to stop the spread of infectious diseases and ensure that immigrants would not be a public charge. Immigrants had to fill out 29 questions and only 2 percent were denied entry. Later, nativists insisted on restricting immigration and Ellis Island transitions to being a jail for enemy merchant seamen during World War II. This ferry ride from Battery Park south in Manhattan is well worth the visit. 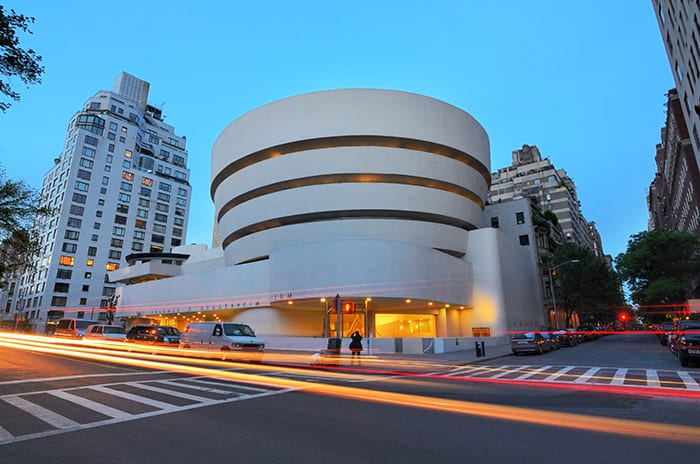 The Solomon R. Guggenheim Museum is an iconic museum and architectural feat located on fifth avenue and 89th street in Manhattan’s upper east side. The Guggenheim debuted in 1959 but took 16 years to build. It is incredible to believe that what is now hailed as an impressive and imaginative museum was once regarded as an eyesore. Frank Lloyd Wright took cues from nature as well as the Vatican to create a museum where visitors meander down the spiral ramp rendering an intensely personal experience. The major collections include: abstract, surrealist, impressionist, post-impressionist, minimalist, and conceptual art. The Guggenheim set the stage for many modern museums to think of themselves as art pieces themselves.

New York City’s museums are unparalleled and deserve a special New York trip just to see them all. Here are the 10 best New York City museums but there are many more to explore.